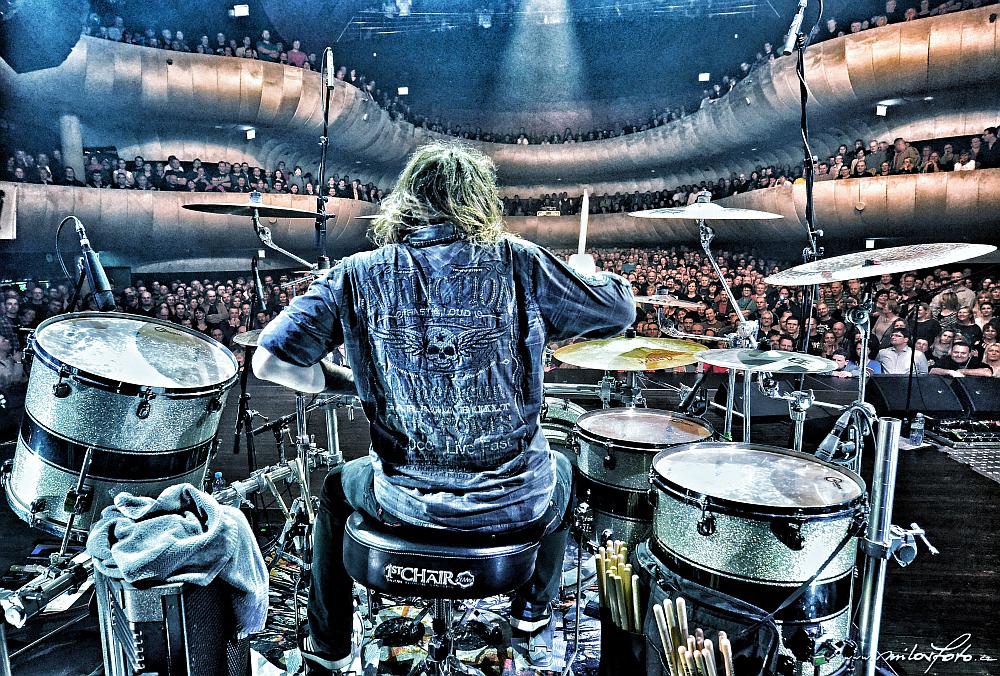 This „news“ on my website has been a little delayed, probably for over a year 😀 There was so much going on in 2015 that I didn’t even know where to start so I preferred not to start at all. 🙂 🙂
Anyway I’m always online on my fb fan page so all the news are posted there! 😉

Regarding my activities with STROY, we ended up in third place in an international contest of bands GBOB in Oslo, Norway and recorded an EP „Like It Or Not“ in Alain Johannes‘s 11AD studio in Los Angeles.

I recorded a drum cover video of the song „Truth Be Told“ by Megadeth. I made the beginning of it a little longer. 🙂 Here it is!!!

I also played shows with SUPERGROUP.CZ, BSP and Michal Pavlíček; I also played drums for his project with Richard Müller and Michal Horáček called „Sociální Síť“ („Social Network“).
I played drums on Daniel Landa’s album „ŽITO“ and performed in his entire „Velekoncert“ („Megashow“) for 50 000 people.
I became a member of and international project „EPYSODE“ of a Belgian composer and guitarist Samuel Arcan. (»more here«)

You can find my interview for an internet magazine FRONTMAN.CZ from the beginning of 2015 here»»» (only in czech). Click »HERE« for albums that changed my life, »HERE« for an interview, both published in the FAKKER magazine…

Be happy, thank you for all your support and I hope to see you soon!!! 😉