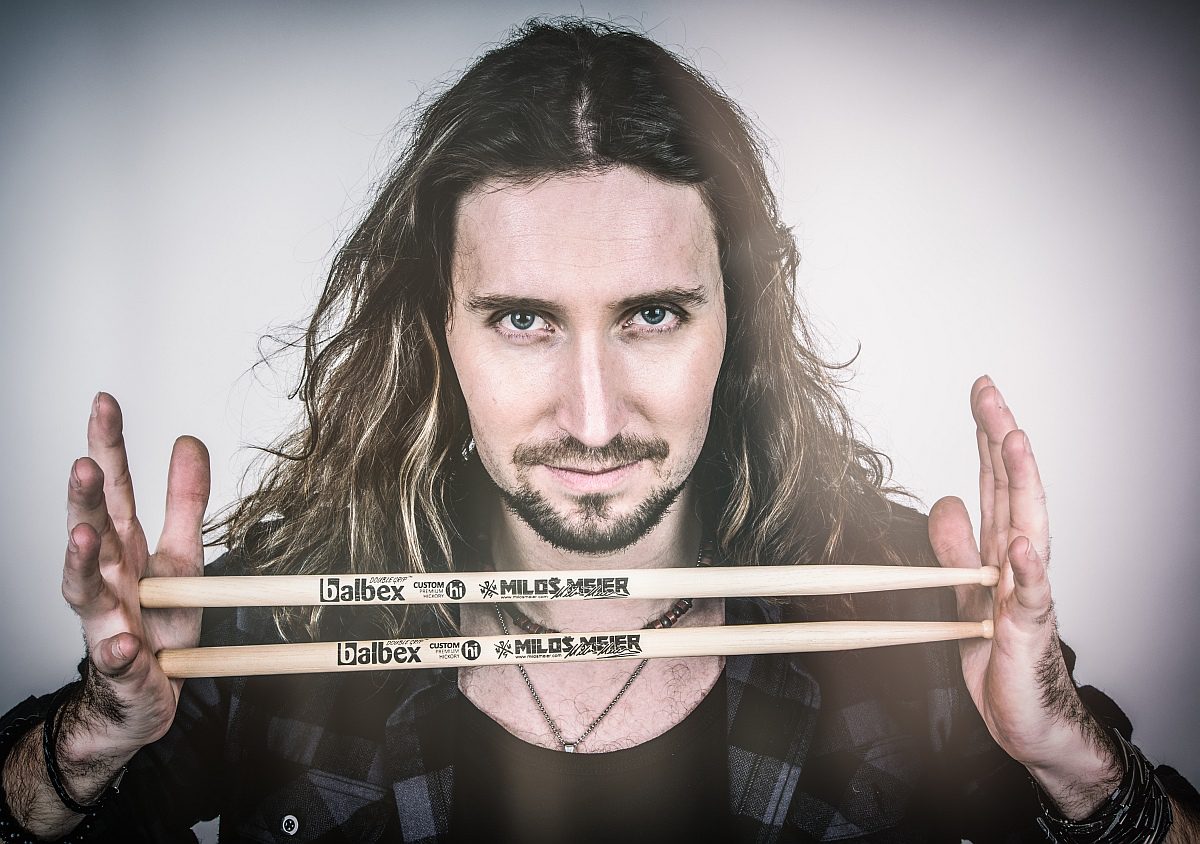 With STROY we have finally finished and released our first record called “ADAM REBORN”! You can order or download it on our official site HERE. HERE you can listen to the title song of this album. Below you can watch current videoclip – debut single to this CD and ADAM REBORN song. An interview with me, Michal Skorepa about STROY, the album and our future plans for music magazine iReport you can see HERE.

With DYMYTRY we have recorded a DVD along with ARAKAIN from our tour. There is part from our and from ARAKAIN´s show with the battle of drummers included. Also you can see part where both bands will encouter on one stage! Take a look on first song from DYMYTRY´s set.

Well and here is my solo from one summer festival “Rock of Sadska” where we were playing after an afternoon gig in Jihlava and brutal soaker on the way quite late through the night. In the middle of my solo Protheus will join me to his “Proth-Drum” and in the end guitarist DYMO will show his typical athletic performance. 🙂

I have recorded new album for band DIZENTER. It is called “Armageddon” and with it there is a new video to the song “Nine Worlds” which you can watch HERE! And I went and made drummer version of the song from shots taken on the set. 🙂

In November I´ve played with czech famous singer Daniel Landa five concerts which were his tour around sport halls in Czech. Take a look HERE in the gallery how it looked like at the shows. And there is one more thing: Video from rehearsal on the Žito tour.

My DRUMMING SYNDROME still quite rests. 🙂 One of the autumn exceptions was at Prague´s Hard Rock Café where I played forty-minutes DS set and then had gig with STROY within the frame of baptism STROY´s video-clip Adam Reborn. HERE you can read this event´s report from Miroslav Placek and see the video…

HERE you can find out more about interview with me which I did for drum magazine GROOVE PORTAL. (in English!) Yeah and I have some news in the SHOP so be sure to check it out. 🙂

And finally I would like to wish you nice spending of Christmas holidays and best wishes in New Year! I am really glad for your support and hope to see you soon!!! 🙂